What to Do in the Current Real Estate Market

How to Be Successful in a Shifting Real Estate Market

Why You Shouldn’t Ditch Real Estate Training during Tough Times

Inside Sales Agents: Who To Hire to Grow Your Business Inside Sales Agents: Who to Hire to Grow Your Business

How to hire inside sales agents

Hiring good people is one of the most difficult aspects of running a team or a business. Hiring inside sales agents is especially critical.

To start, it can be hard to feel comfortable passing off some of the responsibility that you have been shouldering. This is your business or your team—something that you have poured hours of work, sweat and tears into. This produces a bit of reservation when it comes time to let someone else track down and follow up on leads in your name.

In addition to that, how do you even find the right people to hire? And then once you’ve hired them, how do you train them to treat your business as if they were you? The key to both of these questions is to hire motivated doers, and then focus completely on the second question and train the heck out of them.

But, despite these difficulties, you’ll have to hire ISAs (inside sales agents) if you are looking to scale your business, or even if you are just ensuring that it is sustainable. As you and your real estate agents get busier and busier, lead generation and acquisition are the first two things to go by the wayside. As this Follow Up Boss article points out, effective ISAs will bring you a 5 to 1 return on investment.

And this makes sense, why shouldn’t they go by the wayside? You and your agents are busy going to appointments, showing houses, closing deals and doing all the mountains of paperwork that go along with every step in the real estate process. But having a consistent system to find and nurture new leads, as well as to continuously set appointments for you and your agents, is something you have to have.

Learn how to expertly handle any & every lead with cutting-edge, battle-tested, scripts & dialogues currently employed by the top real estate teams across the country.
Learn More
You’re going have no shows, you’re going to lose clients, you’re going to have sales fall through. This is the nature of the business and is unavoidable. Having a solid and successful inside sales team is how you mitigate the inevitable losses. They are the ones who keep a steady stream of new business coming through the door. And it all starts with hiring the right people.


It’s all about the mindset

Once you have made the decision to grow your business and hire one or more inside sales agent(s), the biggest fear typically becomes, “what if I hire the wrong person?!?”. Hiring the wrong person can cost countless hours and thousands of dollars—time and money you don’t have. So the key is to hire the right person, the first time around. According to insidesales.com, there are seven critical attributes that salespeople have to have. Of the seven, only three have directly to do with sales. The other four are as follows:

So four of these seven critical attributes all have to do with personality and mindset. What this means is that you don’t have to stress over finding the “perfect” sales person. You need to find someone who has a track record of producing tangible value for themselves and their employers (ideally, this would be something quantitative they can show you in an interview), someone who has a “show, don’t tell” attitude, and someone whose favorite words are “if I don’t know, I will figure it out”.

So you find a person with a solid go-getter attitude who doesn’t have a propensity towards lying and stealing. That’s the most important part when hiring an inside sales agent. But in addition to that, there are certain skills or qualities that they should possess.

First off, they have to be relatively extroverted or, at least, be able to talk on the phone with people. If they enjoy talking to people on the phone then that is a plus. This includes being effective at reading people over the phone and being able to react in real time to they pick up.

Second, they should feel comfortable being fairly assertive and forward. Not to the point of making anyone feel uncomfortable (this is where being able to read people comes in), but whether listening or speaking, your inside sales agent should be in control of the conversation.

Third, inside sales agents have to be okay with doing repetitive tasks and have to pay close attention to detail. Handling CRMs, setting appointments, and generally moving prospects through the sales funnel requires precision and documentation. Making sure all the information is correctly recorded is a must.

Your inside sales agents will be rock stars

If you are going to scale or sustain your real estate business or team, then you need great inside sales agents providing you with a constant stream of new leads. The most important thing is finding someone who wants to grow and produce value for the company and themselves (if you find someone who understands that producing value for one produces value for the other, you’ve struck gold). Then just make sure they are good at talking on the phone and train the heck out of them.

You’ll have more time and your business will grow by leaps and bounds. What are you waiting for? 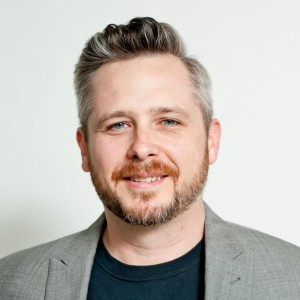 Dale is the founder of Smart Inside Sales, a coaching and training company serving real estate agents and brokers. As former Director of Lead Generation for a top-5 Keller Williams Realty mega team, Dale was instrumental in more than doubling the team’s sales to over $200 million in just 3 years.